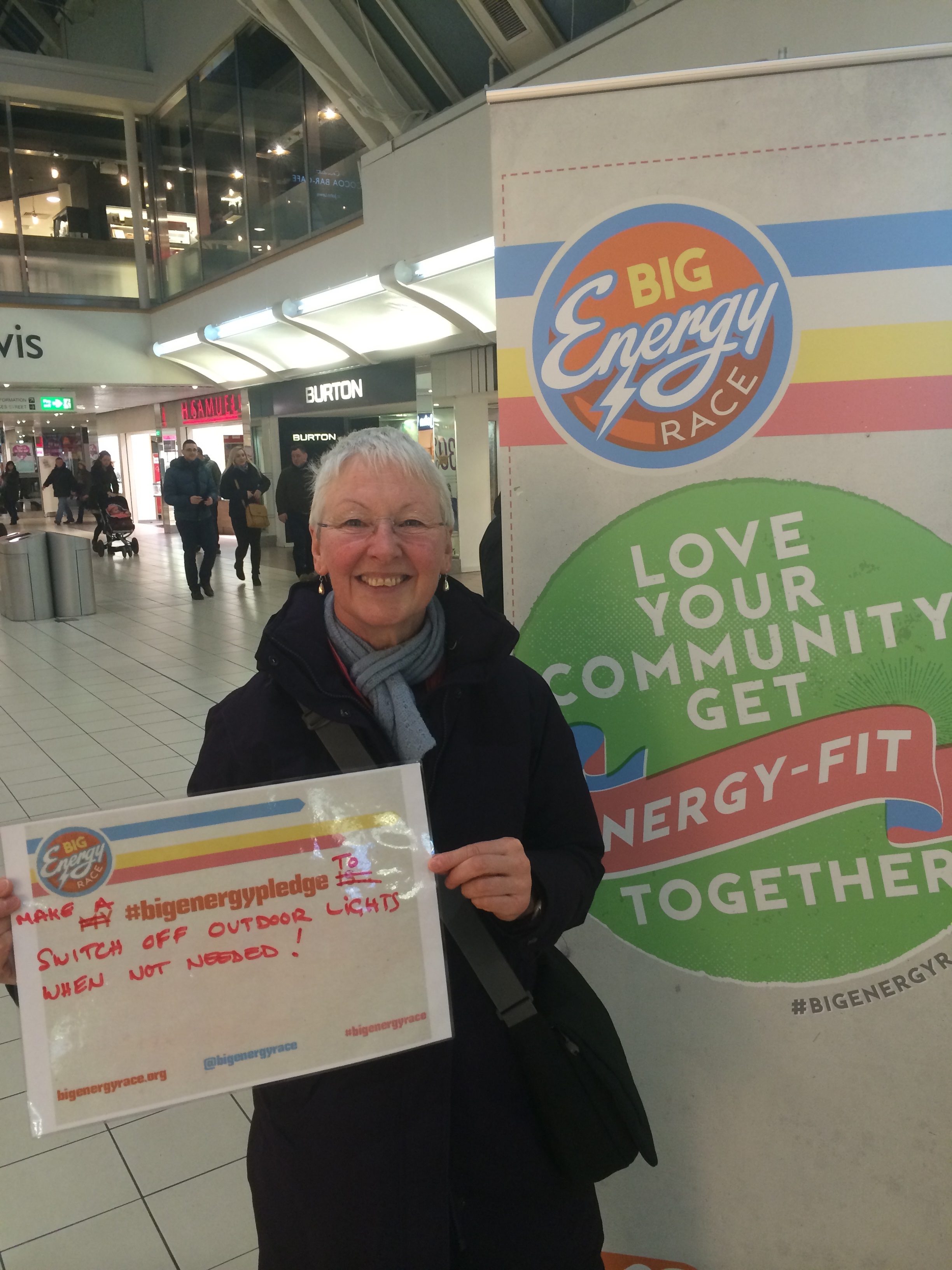 We had great success on the Big Energy Race Roadshow at the weekend.

Our team visited three major cities across the UK, helping people think about how they could be saving money on their energy bills and get energy-fit. We visited Edinburgh, Liverpool and Birmingham and spoke to over 600 people!

We asked people to make a #bigenergypledge and share a photograph of themselves on social media - have a look at our Twitter to see what sorts of pledges people made. We’ll also be posting them on our Facebook and Instagram pages through the week so make sure have a look there too!

We met some lovely people, some who were energy savvy and some who wanted to know how they could do more. Our interactive displays caught people’s attention, and the Energy Bike was a particular hit with the young ones.

We also met a member of a Team from our South Scotland region, who told us all about the great actions she’d been taking, and she was delighted to find out that if she used the website to share her stories, not only would people get to see the great stuff she’s been up to but more points would be gained for her team.

We understand the varying relationships people have with technology, so please don’t think twice about getting in touch if you need help with anything on the website or the Race.

There are many stories from the Roadshow, but a particularly serendipitous and lovely one was meeting a member of last week’s Team of the Week who happened to be visiting Edinburgh for the weekend and walked past our stand! We spoke about what they’d been doing and how excited they were about taking part in the Race. What a great community we have!

Back to News
Previous article
Next article